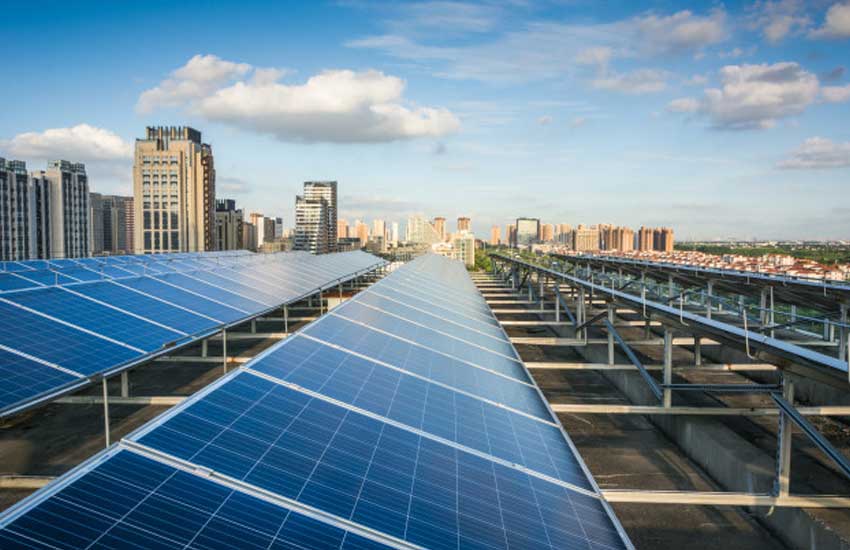 Austin, Texas, has long been an energy pioneer. The city has been generating its own electricity since the 1890s—including renewably. In 1893, the city, then a town of under 15,000, completed a dam and hydroelectric powerhouse on the Colorado River and began lighting its streets with the famous Moonlight Towers using the wattage. Unfortunately, the dam broke in 1900, and Austin struggled to pay down the resulting debt. But the city refused to sell off its utility, which still operates today as Austin Energy.

Over the decades, as Austin grew at accelerating rates starting after World War II, the municipal utility partnered with other power providers around the state and built its own conventional power plants as well. But as early as 1982, with a population of around 350,000 and peak energy use in the 1,300-megawatt range, the city began an energy conservation program. In 1991, the city established the nation’s first Green Building program, rating homes and buildings based on their energy and water use efficiency and environmental friendliness in design and construction.

By this time, the population was over 465,000. Then, in 2001, with peak electric use at almost 24,000 megawatts, Austin Energy launched Green Choice, its renewable energy program. Soon after, in 2003-2004, the utility began a Solar Rebate Program in to offer incentives to residents, businesses and nonprofits to install solar panels on their properties.

Already in 2010, the Austin City Council had passed one of the most ambitious renewable energy goals in the country by directing Austin Energy to deliver 35% of its electricity from renewable energy sources by 2020—a feat the utility accomplished three years early, in 2017. The 2010 Austin Energy Resource, Generation and Climate Protection Plan was updated in that year with a new goal of 65% renewable energy by 2027. In addition, while the 2010 plan had stated that the utility would end incentives for new solar installation projects by 2020, the plan’s early success led to an extension of the incentives through 2027. This amounted to about $28.8 million in additional incentives for new solar installation in Austin between 2020 and 2027. Under the 2010 plan, Austin Energy’s residential solar rebates were scheduled to end after three megawatts had been installed at the 50¢ per watt level. Instead, an additional megawatt was added at the 50¢ per watt level and an additional two megawatts were added at the 40¢ per watt level. This represented a $1.3 million commitment to the residential solar program. Since 2018, incentives to commercial customers have included the ability to sell surplus wattage back to Austin Energy. The utility also offers a Solar Education program so that customers are better informed about prices, how solar works, its benefits, their rights, and questions to ask installers.

At the end of 2019, Austin had a total installed solar PV capacity of 39.4 megawatts. That total includes all solar PV capacity, meaning rooftop and utility-scale solar panels within the city limits. It places the city 17th in the country, behind much larger cities like Los Angeles, San Diego and Honolulu.

So, if you live in Austin, there has never been a better time to install solar. Universal Solar is pleased and proud to help Austinites take advantage of these incentives and favorable administrative environment by installing solar on their rooftops or properties.