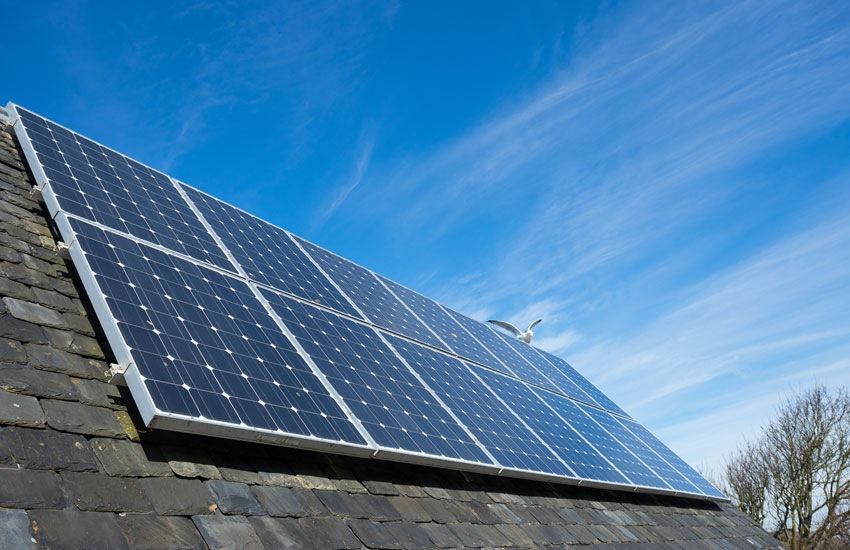 Recent news of several fires associated with solar photovoltaic (PV) systems on the roofs of Walmart stores made and installed by Tesla’s SolarCity division triggered a wave of negative reporting on the safety of rooftop solar in general. Walmart initially sued Tesla for the cost of removing the more than 245 installations. However, in November 2019, the two companies reached an agreement whose details were not released, but that seem to require Tesla to do a thorough safety check on the installations so that they could be “re-energized.” This suggests that Walmart, a corporation not noted for being careless about its bottom line, still trusted solar PV as a technology and Tesla as manufacturer and installer, and was confident that any remaining hazards would be eliminated.

No U.S. government agency tracks fires associated with solar PV systems as a category. Nor does the National Fire Protection Association, which serves as a clearinghouse for fire-related information. However, given that there are those, such as some utilities, with a vested interest in publicizing any risks there might be in installing and operating these systems, we might expect to hear more about such problems if they were at all frequent.

In fact, there is zero risk in solar PV electrical power generation itself. The process is completely safe. The electricity you get free from your solar power system is no different from the electricity you buy from your utility company. The power from your utility reaches you from an overhead wire or underground line connected to the national grid and is fed into your home or business via a breaker box that is built to cope with potential hazards like power spikes or short circuits. The electricity from your PV system is generated by solar panels mounted on your roof (or, if you have enough room on your property, on the ground nearby) and fed through a cable into the same breaker box.

People worry about solar panels causing or worsening fires because to many, the technology isn’t familiar yet. One misconception, less widespread than it used to be, is that solar power generates or runs on heat. That’s not entirely wrong: there is in fact a form of solar power generation, much less common than solar photovoltaic, that does use heat. It’s called concentrating solar thermal power or CSP. But CSP today is only used for industrial or utility applications at megawatt scale—not for residential systems.

Heat has nothing to do with the production of rooftop solar power. Residential and commercial-building solar panels use PV technology, which changes sunlight directly into electricity. Each reinforced glass panel houses an array of dozens of PV cells. The cells absorb photons—light particles—from sunlight and release a flow of electrons. A PV cell has a positive and a negative side, so that a circuit can be created in a wire connected to it, changing the released electrons into electric current. No heat is used or created by this process.

Still, especially since the news stories about Walmart and Tesla, some people are concerned about fire hazards associated with rooftop solar systems. Of course, as with any use of electrical power, improper wiring or poor-quality products can create a hazard. Incorrectly installed electrical wiring can short-circuit, creating sparks; damaged wiring or loose connections can overheat. Both problems can start a fire. But as we’ve said, these events are extremely rare with PV installations. Residential and commercial building solar installers are legally required to be board-certified electricians, and all solar systems must be permitted and inspected by the local agency that oversees electrical installation, just like any other electrical project in or on a building.

To avoid problems with installing and operating a solar system for your home or business, here are some guidelines:

We don’t want to blow our own horn too much (well, actually, we do!) but Universal Solar Systems meets all these criteria and more. We discuss each prospective customer’s needs and goals extensively, make recommendations, and collaborate with the customer on creating the perfect system for them. We pre-inspect each customer’s rooftop to make sure it will support an installation of the desired size—and if some additional structural reinforcement is needed, we can take care of that too. We have our own crew of technicians, all of them credentialed specialists, who do all our installations—no outsourcing. And we set up an inspection schedule, as well as being available to check our installations where there has been a serious bad-weather event, such as often occur in the Dallas-Fort Worth area and in our part of Texas generally. (Note that in that case we’re more likely to find problems with the roof itself than with our system itself—see “Hail No!” in this blog.) We’ve done over 500 installations in and around greater Dallas-Fort Worth, and not one of them has ever started a fire or caused any other damage to a customer’s home. You can trust that solar is a safe technology, and you can trust Universal Solar Systems to implement it right.