Home Solar Blog How Much Difference Can My Rooftop Make By Installing Solar Panel? 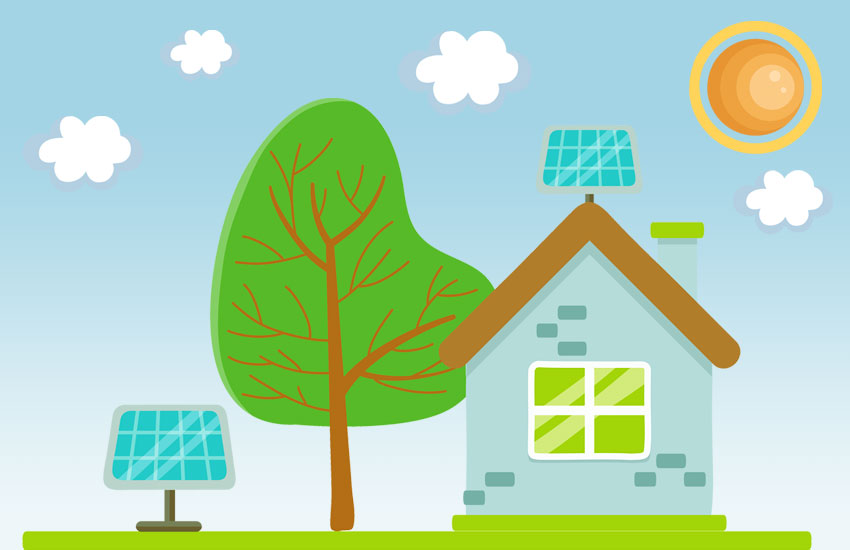 The Environmental Impact of Going Green

If you’re reading this, you’re very likely concerned about global atmospheric heating as well as about your own electric bills, and you’d like to help reduce the amount of greenhouse gases (GHGs) like carbon dioxide being pumped into the air by installing solar on your home. Perhaps you already own a home in the Dallas-Fort Worth area. Perhaps you’ve just bought an older home. Or perhaps you’re buying a newly constructed one. In any case, you’re thinking seriously about installing solar panels on your home rooftop in Austin location, whether mounted on your roof or–if you have the space on your property–on the ground by your house.

But you may also be thinking: OK, I’ve run the numbers and I know that over time (getting shorter every year as the cost of solar panels keeps falling and their efficiency keeps rising) my system will pay for itself in financial savings. But will this make a real difference in helping save our environment?

Well, let’s start with some figures. Fun fact: constructing and operating buildings of all types contributes roughly 39 percent of the carbon emissions produced in the United States. Now, all the electricity produced by solar panel systems, remember, is GHG emissions-free: solar power is clean, renewable energy. That means that no matter which home ownership situation you’re in, you’ll be helping to reduce the “operating” part of that 39 percent.

How much? The U.S. Energy Information Administration (EIA) calculates that the average Texas household needs nearly 14,000 kWh of power per year. To make that much electricity from your roof, you’d need a 9.8-kW solar system. Over a year, that’s equivalent to nearly ten metric tons of CO2. Starting to feel like a contribution now? It gets better. Over the minimum 25 years you can reliably expect your system to operate (many systems last for 30 years or longer) it adds up to roughly 350,000 kWh, equivalent to 245 metric tons of CO2 you’ve kept out of the atmosphere.

Let’s put that further in perspective. According to the U.S. EPA, the average internal-combustion (IC) vehicle in the US emits 4.6 metric tons of CO2 per year. So the clean energy from your solar rooftop is the equivalent of taking two average IC vehicles off the road every twelve months. That may not seem like a huge amount, but it adds up when you consider how many other homeowners are doing the same thing, and that your solar panels will produce electricity for over a quarter of a century.

Now look at the growth in solar. In 2010, barely 500 megawatts (MW) worth of solar systems were installed in the U.S. In 2019, that number looks set to multiply by five for the second time since 2016–the industry’s best year so far–with new solar capacity cracking 2,500 MW. California, still the national leader, has just surpassed its target of one million solar rooftops this year. But Texas is coming from behind, and is now in fourth place.

And growth is accelerating nationwide. With the nation having hit the million-solar-homes mark in 2016, the Solar Industry Energy Association (SEIA) predicts that there will be two million by Q1 2020–100% growth in three years. In 2021, three million. In 2023, four million. Your rooftop may seem like only a single drop, but the drops are adding up into a growing solar cascade that within a decade will look like Niagara Falls. Remember, we’re only talking about residential solar systems—not commercial, not utility-scale, not all the smaller ways solar is being used now, like for traffic signs and billboards (see “Solar Creativity” in our blog for more details.)

Admittedly, the U.S. EIA estimates that the average American home solar system has a capacity of only 5 kW–in many cases, not enough to cover their entire electric bill. But that means the lowest estimate still places the total residential solar power capacity at 10 gigawatts (GW), which the SEIA says amounted to around 30 billion (30,000,000,000) kilowatt-hours generated in 2018. Thirty. Billion. That’s equivalent to more than 21 million metric tons of CO2 or 4.5 million petroleum-burning vehicles driven for one year. How’s that for impact? Never doubt that going green makes a vital contribution. And, if you’re anywhere in or around the Dallas-Fort Worth area, Universal Solar is here to help you make it.